Maryland is a state that has a little something for just about everyone. From urban city centers to rural suburban areas, people can find their ideal place to live in this state. Moreover, finances are often the number one issue people face when trying to buy a home. In another sense, when moving to a new city, you would want to have a good-paying job. These two things play the biggest role in any type of relocation. So, how do you find a place like that? Luckily, today we talk about Maryland places ranked by average house prices. Now, our list might not be concise and go from the lowest to the highest. However, we are going to be finding the balance between the median home value and the median household income. That way, you can get in touch with Superior Moving & Storage right after you find your ideal balance.

Maryland is a Mid-Atlantic state in the United States of America. The largest city in the state of Maryland is Baltimore. However, the state capital is Annapolis. Before the expansion of European settlers in the 16th century, the majority of the state was inhabited by several groups of Native Americans. The state was a part of the original Thirteen Colonies of England.

Today, nearly 6.2 million people are living in this state. The majority of the population is living in the central part of the state. However, if we are to move to the western part, we will find out that this is mostly a rural area. Furthermore, the two of the most populated areas are around Baltimore, and in the proximity of Washington D.C. Southern Maryland is also rural in many ways, but it is slowly becoming suburban each year.

The first place we are going to talk about today is Spring Ridge. Namely, this densely suburban town is in Frederick County and has nearly 6.000 people living there. The majority of the population (80%) is owning their homes instead of renting them. The median house value is around $341.500, while the median rent is $1.650 per month. Additionally, the median household income in Spring Ridge is $115.000. This makes Spring Ridge one of the best places to purchase a home in the state of Maryland. This is mostly due to the good ratio of annual income versus the median home value. Another thing that makes Spring Ridge a good place to buy a home is the fact that you are most likely not going to have to leave your neighborhood to purchase everything you need. So, contact moving companies Maryland and schedule your relocation to Spring Ridge on time.

If talking about suburban areas, we cannot go without mentioning Lutherville. Namely, Lutherville is one of the best suburbs to buy a home in the whole of Maryland. Moreover, it is a suburban part of Baltimore where nearly 7.000 people live in. Logically, it is in Baltimore County and it is a sparse suburban area.

The median home value in the area is $360.000, while the median rent is $1.220. Moreover, the median household income is $113.500. When it comes to the statistics, around 84% of the population is owning their homes in the area. The main reason why people find Lutherville so convenient is the proximity to Baltimore, walkability in the area, as well as the family-friendly attitude the area provides. Lutherville is one of the  Maryland places ranked by average house prices that need to be mentioned.

We are talking about yet another Baltimore suburb. Scaggsville is a suburban area in Howard County that offers a rural suburban feel to its residents. With nearly 10.000 people living in it, Scaggsville offers a great solution for people that seek a family-friendly lifestyle. The median home value in the area is a little higher than the two before, being at $511.300. However, the median household income in the suburb is $152.000. 95% of the population is owning their home instead of renting it. Other things that would make Scaggsville a great place to live are:

Poolesville is a Montgomery County town in the state of Maryland. It has a population of 5.200 people and the majority of them (85%) own a home. Furthermore, Poolesville is a rural area, making it ideal for a peaceful, family-friendly lifestyle outside of the bustling city. By hiring movers North East MD, you can safely relocate to this town in Maryland.

The median house value in Poolesville is $475.000, while the median rent is $2.100. More importantly, the median household income is $180.600. Now, bear in mind, Poolesville is a rural area. This means that, for the price of the home, you will probably be able to purchase a larger property than in bigger cities. However, what separates Poolesville from other towns in its area is the tightly-knit community and overall safety of the town.

Now, Fallston is another suburban area of Baltimore. However, Fallston is located in Harford County and has around 9.000 people living in it. The overall rural feel of the area allows you to leave a peaceful lifestyle while being close to the big city. This location is considered one of the best places to purchase a home in the entire Harford County. Furthermore, it is one of the best Maryland places ranked by average house prices due to a good salary/house value ratio. Namely, the median home value is $392.000, while the median rent is $1.200. On the other hand, the median household income is $128.500. Around 95% of the population is owning their home in the area. So, if you think Fallston is the right place for you, get in touch with movers Elkton MD, to relocate you with ease.

How to find reusable packing materials when moving from PA to NJ?

How to pack art pieces efficiently for your NJ move? 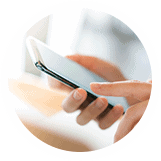 Give us a call or fill out a non-obligatory free moving estimate on our website. 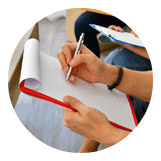 Tell us about the scope, distance, and type of your moving process. 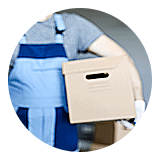 Let us simplify your move

We’ll provide the most suitable, convenient, and efficient solution for your relocation. 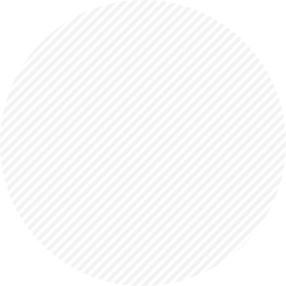